The RAND Corporation and the FES Regional Office for Cooperation and Peace in Europe are organising a Track II initiative to identify avenues for building an inclusive regional order in post-Soviet Europe and Eurasia. While the competitive dynamic between Russia and the West has come to a head in Ukraine, all of the so-called “in-between” states (those outside of Euro-Atlantic institutions: Ukraine, Belarus, Moldova, Georgia, Armenia, and Azerbaijan) are in fact objects of competition among outside powers. This contest has become a negative-sum game, benefiting none of the parties: the West and Russia now find themselves caught up in a dangerous and damaging competition as a result, while the states in the region remain to varying degrees unstable, unreformed, and rife with conflict.

With generous support by the Carnegie Corporation of New York and the Swiss Federal Department of Foreign Affairs, and in partnership with the Friedrich-Ebert-Stiftung, this project will define an alternative to the current approaches to regional integration. It will do so by first identifying the common ground among these “in-between” countries, Russia, the United States, and EU member-states on the underlying principles of regional order, divorced from the current institutions. These principles will form the foundation for a regional architecture that is both appropriate for the particular circumstances of the “in-between” countries and acceptable for all parties.

The working group will seek to devise mutually acceptable harmonising mechanisms to bridge the divide between Euro-Atlantic institutions and Russia-led organisations like the Collective Security Treaty Organization (CSTO) and the Eurasian Economic Union (EEU). The purpose of these mechanisms would be to help transform the “in-between” states – including those that are members of Russia-led institutions – from objects of geopolitical competition and sources of geopolitical conflict into secure, prosperous, and modern countries that are at peace with all their neighbors. A shared agenda for regional integration would also dramatically stabilise relations between Russia and the West.

Russia’s actions since March 2014 have dramatically sharpened a 25-year-old strategic dilemma around the question of how to build an inclusive European security order. While the post-Cold War European order was remarkably successful at stabilising Central and Eastern Europe, it contained an inherent flaw: it could not fully include Russia, and thus set the stage for conflict on Russia’s periphery. The mechanisms of an order originally built to keep Russia out of Europe simply could not be adapted for this purpose. After almost two decades of awkward attempts at integration with the Euro-Atlantic institutions, Moscow concluded that they would remain forever dedicated to their original purpose of containing Russian influence, and the West concluded that Russia could never be like-minded enough to be a member.

This clarity has given purpose to Russia’s policy, taking the always somewhat fanciful notion of Russian membership in Euro-Atlantic institutions completely off the table. But this has actually complicated Western strategy toward Russia’s neighbors. While the Euro-Atlantic institutions nominally remain open to and interested in integrating the “in-between” states, particularly Ukraine, Moldova, and Georgia, membership is now effectively off the table for them too.

Moreover, Russia’s actions in Ukraine over the past two years have demonstrated that it is willing to go to extreme lengths to prevent Euro-Atlantic institutional integration – let alone enlargement – from proceeding. Yet Russia’s own integration offerings are largely unappealing to elites in these countries; even with its close ally Armenia, Moscow was forced to coerce Yerevan into EEU membership.

In short, both Russian and Western policy toward these states has reached a dead-end. Continuing with the status quo will perpetuate instability and poor governance in the states of the region and a long-term Cold War-like atmosphere in West-Russia relations. But without an intellectually credible alternative to the status quo, both the West and Russia still seem doomed to continue this way. Urgent thought must therefore be given to the question of how regional integration can proceed in a way that avoids the bloodshed and geopolitical conflict of the past two years.

The Organization for Security and Cooperation in Europe (OSCE) does represent an alternative to the current reality of a Euro-Atlantic space once again divided between competing blocs. However, we must recognize that it has failed to prevent this new competition. Both Russia and the West have invested far more political capital in their “proprietary” organisations, which has both weakened the OSCE and made it less central to key actors’ regional strategies. The problem of the “in-between” states in 2016 is one that requires a solution that is tailored to the particular circumstances of these countries, which the OSCE, with its 57 participating states, is not well suited to produce. It also requires that the Russia-led and Western regional organisations explicitly endorse such a solution as their shared preference for integration, rather than continue to pursue enlargement of their respective memberships while disregarding each other. Once these mechanisms are negotiated, the OSCE could be an effective venue for implementation and oversight.

Today, much of the analysis of the European regional architecture is dominated by debates that are stale or backward-looking.

On the one hand, some efforts, such as the Final Report of the Panel of Eminent Persons on European Security as a Common Project, have documented the very real divergence between Russian and Western narratives about European security in the post-Soviet period. Acknowledging the reality of this divergence in narratives is important, but doing so does little to help address today’s urgent challenges, to say nothing of laying a groundwork for stability in the future.

On the other hand, there is regular debate between advocates of further enlargement of Euro-Atlantic institutions, and critics who argue that enlargement caused the current crisis and should be called to a halt. This debate is increasingly divorced from the realities on the ground in Europe and Eurasia: an EU engulfed in a multi-faceted crisis; a United States looking to reduce commitments in Europe; a total absence of political will in either the EU or NATO to offer full membership to the “in-between” states; “in-between” states themselves that are in no condition to qualify as candidates for membership; and ongoing conflicts in the three most plausible membership aspirant-states, including a major war in Ukraine.

But the critics of enlargement offer no alternative vision for regional integration, which makes their position nearly impossible for governments to adopt. What is needed is a detailed discussion of potential alternatives to the status quo, not a debate about the merits of the status quo.

To break out of the current thinking on these issues, FES ROCPE in partnership with the RAND Corporation will convene a working group of approximately 10 scholars, former practitioners, and thought-leaders from the US, EU, Russia, and the “in-between” states. The participants will be selected based on both their expertise and their willingness to reconsider the current status quo regarding the regional order. Preselecting participants in this way will avoid a debate about the premise (that the status quo is both unsustainable and sub-optimal) and instead allow for a focused discussion to outline new approaches.

We will convene three two-day meetings of the working group at the offices of FES ROCPE in Vienna. Each member of the group will be expected to prepare a working paper for one of the sessions covering a key aspect of the problem. The papers will inform the discussions, and form the basis of the final report. Honoraria will be provided for participation in the workshops and production of the papers.

In addition to a discussion among specialists, we will also conduct research on popular opinion regarding these issues. After completing a comprehensive review of existing survey research, we will obtain original data from new polls in four of the “in-between” countries. Upon consulting a public opinion expert to formulate the survey language properly, we will contract for 5-10 questions to be added to the omnibus surveys of internationally accredited research firms in these countries. The polling will probe openness to alternative regional integration mechanisms and provide insight into public expectations for what such mechanisms should deliver.

This 18-month project will culminate in a major report aimed at framing the debate about the future of the regional order in post-Soviet Europe and Eurasia. We will also translate the document into Russian, Ukrainian, and German, and publish it electronically in those languages. We will then hold public launch events and private briefings for officials in Washington, Kyiv, Tbilisi, Moscow, Berlin, and Brussels, in order to disseminate the findings.

This project has two interrelated central objectives. First, it will identify the common ground among all parties regarding regional order for “in-between” Europe and Eurasia. Building on this effort, the second objective is to outline alternative regional integration mechanisms.

Primary questions for the first objective include

Primary questions to for the second objective include 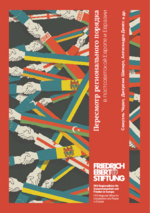 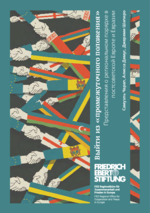